We’re doing a triangle swap at our guild and all those who wanted to participate was given one of these half square triangle papers at the September meeting. 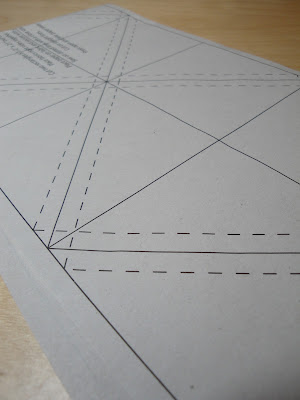 After spending too much time sizing up swap blocks before, same sized blocks was a deal breaker to me. I have trouble sewing a proper ¼” seam myself, but that’s not a problem when all the HSTs are the same size.
Yesterday was my first try at this particular paper, but I have used Thangles before and it’s pretty much the same; two strips of fabric facing each other and the paper pinned on top. 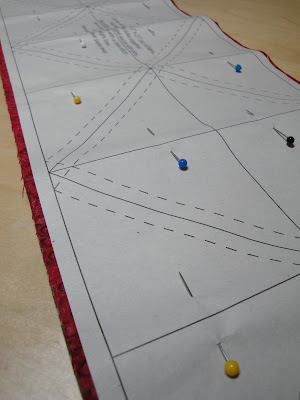 The fabric width is cut according to the guidelines so I guess you’re supposed to trim it off afterwards.
Stitch on the dotted lines, 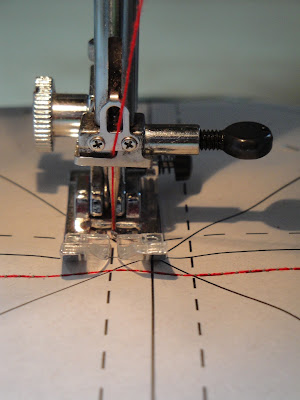 and cut apart. We’re swapping a set of 4 squares, so the strips are cut apart horizontally only. 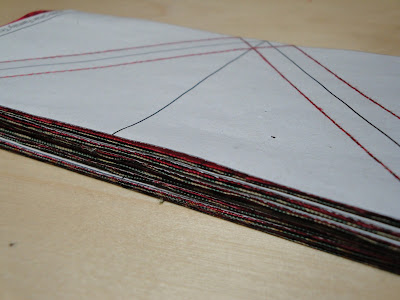 This is how one of my HSTs will look. 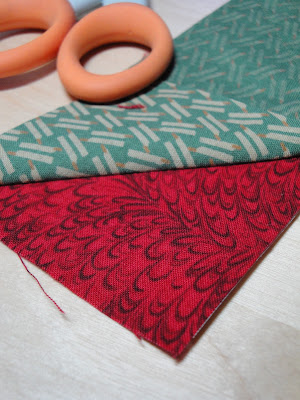 The swap guidelines said that one fabric has to be red, so I chose a green fabric which I love but rarely use for the second one. I have no idea what I’ll use them for, but I’ll figure it out when we’re done swapping sometime next year.
Posted by Nina Lise@Mrs Moen at 07:29 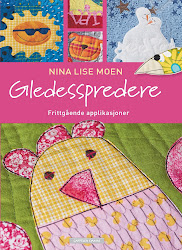